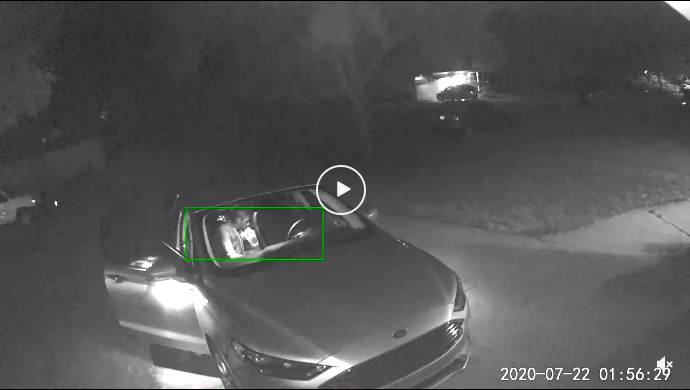 08 Jul How to Stop Petty Crime in Your Neighborhood

Posted at 16:43h in Uncategorized by Fmatowitz@gmail.com
0 Likes

Do you live in an area that suffers from petty crime? Things like cars broken into at night and small items stolen or your shed broken into and lawn equipment gets stolen? Isn’t that the most infuriating thing? Some MFer dared to go in your private space and take your stuff! Well, if you have a problem with this in your neighborhood here is a solution.

[TLDR: 1. Everyone in an area get Wyze cameras and mount them pointed at external areas of concern and the area where the approach is for those areas.
2.Create a community account and members share cameras and account access.
3.Get a volunteer to monitor cameras throughout the night to alert police of any active crimes so they can make an arrest. ]

Today’s technology has eliminated the barriers on what pretty much anyone can do. It used to be super expensive to have security camera systems. I remember it was thousands of dollars to get them installed. In the video production industry it used to be done on film and was insanely expensive. Now, you can shoot and edit a movie on your cell phone.

OK, so what does all this mean for a neighborhood that wants to address petty crime? Security cameras have gotten insanely cheap for the quality of video. I use a company called Wyze and they have the Wyze Camv3 for $28 that is simply amazing to see the quality of image and low light capabilities. For places where power isn’t easy there is a battery powered camera Wyze Cam Outdoor with color night vision for $60. You know how you can access your cameras on your cell phone and with most systems you can share that camera with other users on the system, right?

I can set up an account with Wyze using my email. My family lives in another state and they use Wyze cameras too so they set up their account for their cameras. But you can share cameras. Say for example you had a camera in a nursery. You can share it with Grandma and Grandpa and they can look in on the baby whenever they want from another place. Some of you may already see it but I’ve gone one step further. It seems obvious that you can share your cameras with your neighbors. But do you want to have to share your camera with 4, 7 or maybe even a dozen people? Then each person has to track each person. Nightmare.

To do this everyone needs to be on the same system. Like Wyze or any security cameras you can share which is most of them. Beyond that my solution is to first create a Gmail to use to set it up so that it isn’t tied to any one person and it all matches to keep it simple. So if your community is called “Green Acres” create a Gmail like GreenAcresWyzeCams@gmail dot com. There is a pretty good chance that is available. Then share the password with all the members.

Then go to the Wyze App and use that email to create what I’m going to call a Master Neighborhood Account that is shared with everyone in the community that shares a camera on it. No one owns it. It is associated with that neighborhood email. Once you have that setup then everyone in the neighborhood that wants to participate would need to have a Wyze system and share the exterior cameras they want monitored with that account. They just name their camera by their address so it is available to the person monitoring it. All anyone would need to do is log out of their personal Wyze account and then log into the community one using that neighborhood email to monitor the cameras.

It would be only for exterior cameras and ideally ones that are aimed at highly vulnerable places. Like if you park your car in an open driveway point it at the vehicle and have another camera pointed at the approach to the vehicle. Then all you need to do is to get someone to monitor the account throughout the night.

As a neighbor shares a camera to the system it is added in a grid and it expands as new ones are added. If you don’t want to share anymore just stop sharing. You might have a dozen more more cameras. All you need now is for someone to monitor them. Even though Wyze offers a Monitoring service through Noolight, they do not have access to cameras. They only get the notifications sent by the system in “alerts” and “alarms”.  So that won’t work here. You need someone to be visually monitoring the cameras throughout the night. The companies don’t want to do this because of privacy concerns. But you, as a neighborhood, can do as you damn well please.  This is how you will stop the crime. 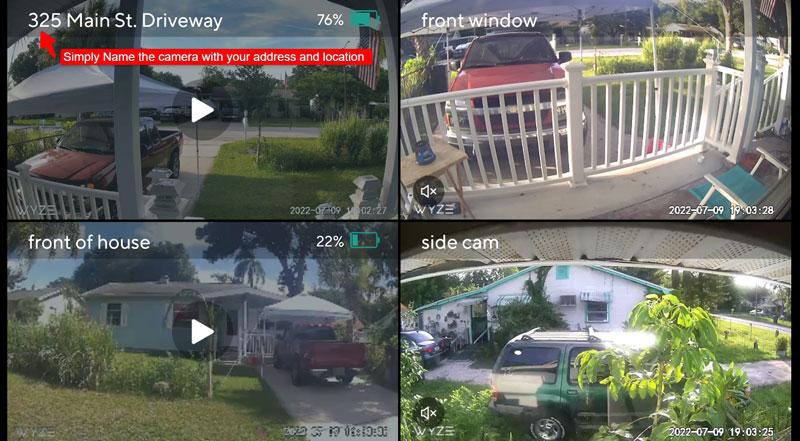 With someone monitoring the activity live when these petty crimes are committed they can be reported realtime. If there are no major emergency calls in the area at that time police will be immediately dispatched because when they catch someone red handed like that committing a crime that is way different then you calling after the fact. Now they can actually do something about it.

Wyze caught someone breaking into my car. from wyzecam

What happens is that after a few arrests the criminals talk in jail about where they get arrested and how. Word gets around that somehow the police can catch them in the act in this neighborhood. That it is a hot zone for them and they stay away. They move on to the next area that is vulnerable and supplying them with good thieving grounds.

Or, as a deterrent you can have signs made that the area is under 24/7 monitored video surveillance. That puts a damper on it too.